Get fresh music recommendations delivered to your inbox every Friday.
We've updated our Terms of Use. You can review the changes here.

by Down The Line Collective 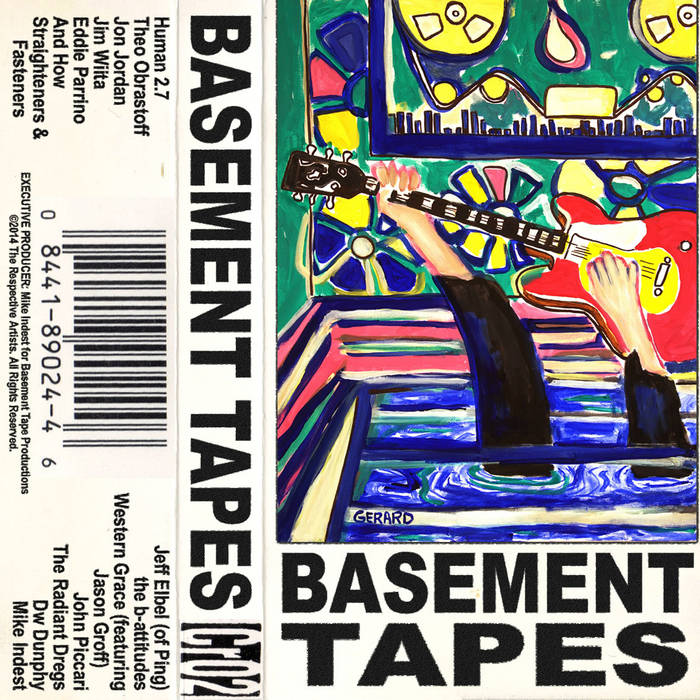 Music, it turns out, is half creativity and half compulsory. That was a lesson mutually learned by Mike Indest, Matt Crosslin, and Steve Ruff. Indest, an independent musician based in New Orleans, hosted the podcast Basement Tapes which was in conjunction with Crosslin and Ruff’s magazine Down The Line (DTL). Again and again, members of this triumvirate would ask interviewees why they do what they do, and again and again were told that the music chose them more often than they chose it.

“The Basement Tapes idea was to showcase new indie artist that have been influenced by the artists that DTL covers,” Indest explained. Those artists have come together to write and record a compilation of original music, also titled Basement Tapes, to be released in May 2014 on Bandcamp.com. Owing to the compulsion/creation factor that fueled the album, the collection will be offered for free. It is, according to Indest, Crosslin, and Ruff, all about spreading the music of these individuals, and not for making a quick buck.

“In some ways the artists on the comp are the second or third generation of ‘Alternative Christian Music.’ The bloodline has been hijacked and this was a way to keep the thread going,” Indest said. Those artists include And How, The Radiant Dregs, Western Grace, Jim Wiita, Jeff Elbel (of Ping), John Piccari, and many more.

In all, fourteen artists delivered twenty five tracks. The album art was painted by another figure that looms large over this “second or third generation,” Michael Gerard Knott of L.S.U./Lifesavers and Aunt Bettys, and bassist for the most current iteration of Lifesavers, Joshua Lory, is also a contributor to the project.

Contributor Dw Dunphy said of the project, “I’ve followed half of the artists here for a long time, and I’m confident I will follow the rest in the future. It’s both thrilling and anxiety-provoking to be in such company.” When asked what his perspective was on why the compilation was being offered for free, Dunphy reflected upon his personal philosophy. “Maybe we are a weird type. I certainly know that when I tell people I have to make music, no matter what, they think that’s strange. But if you feel this is somehow a gift, you just go for it and hope people enjoy what you do. Judging by the folks I’m included with, it’s not that odd a position to take.”

Down The Line Collective Atlanta, Georgia

Not a traditional record label in any sense really - just a grass roots collection of artists that are working to promote underground music. This is our BandCamp area - but there are other artists in the Collective on other sites.

Bandcamp Daily  your guide to the world of Bandcamp

Frayle's Gwyn Strang and Sean Bilovecky join the show to talk about their cathartic new album.